My wife and I love to travel off the beaten path, a practice which has brought us to Dubai on several occasions. Being a structural engineer, getting to witness the progress of the Burj Dubai (now Burj Khalifa) at several stages during its construction has been an obvious highlight. Here is a photograph I took from a friend’s apartment during our last visit in 2008:

To say that the Burj Khalifa makes a striking impression on the skyline is an incredible understatement. It is imposing and inspiring.

Several years ago, I implemented a new meshing algorithm in our finite element software. I needed an interesting test case so I decided to mesh a typical floor plan from the Burj Dubai to evaluate my algorithm. I thought it might be interesting to share the results here. 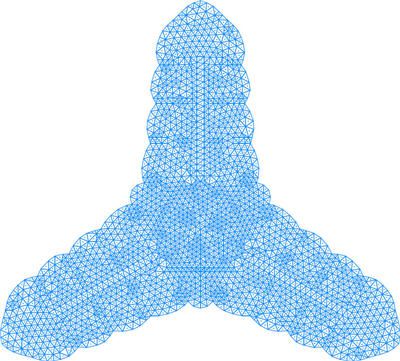 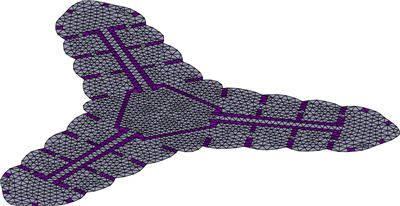 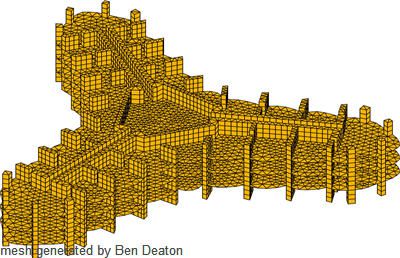 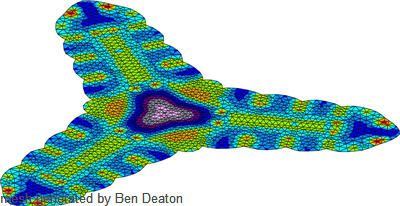 One note: These are very approximate versions of the floor plans that lack many of the actual features present in the Burj Khalifa. I basically traced a random image I found online to get the geometry. You’d also never build a large scale model of a supertall building where columns are simulated with 3D continuum elements. But, these meshes give you a feel for the famous buttressed core system, developed by William Baker and co at SOM to provide exceptional torsional stiffness and resistance to the effects of wind.