I recently began experimenting with spaced repetition memory systems. I was inspired to investigate this after reading Michael Nielsen’s writing on the topic (see here and here). I’m somewhat of a Michael Nielsen super-fan (see this post about a lecture he gave at Georgia Tech), so when he describes something like spaced repetition as being a superpower that radically changed his life, I have to listen closely and take heed. If you’re unfamiliar with Nielsen, I would suggest reading his Principles of Effective Research as a starting point.

Here are the tweets that set me off about spaced repetition:

I immediately downloaded Anki and began loading it up with machine learning and molecular biology questions.

In an effort to solidify my understanding of spaced repetition and get the most out of using Anki, around a year ago, I prepared a handout and gave a talk at a Junto that I frequently attend. I’m sharing that handout here in hopes that someone may find it useful.

(It was also a good excuse to try out the tufte-latex document class.) 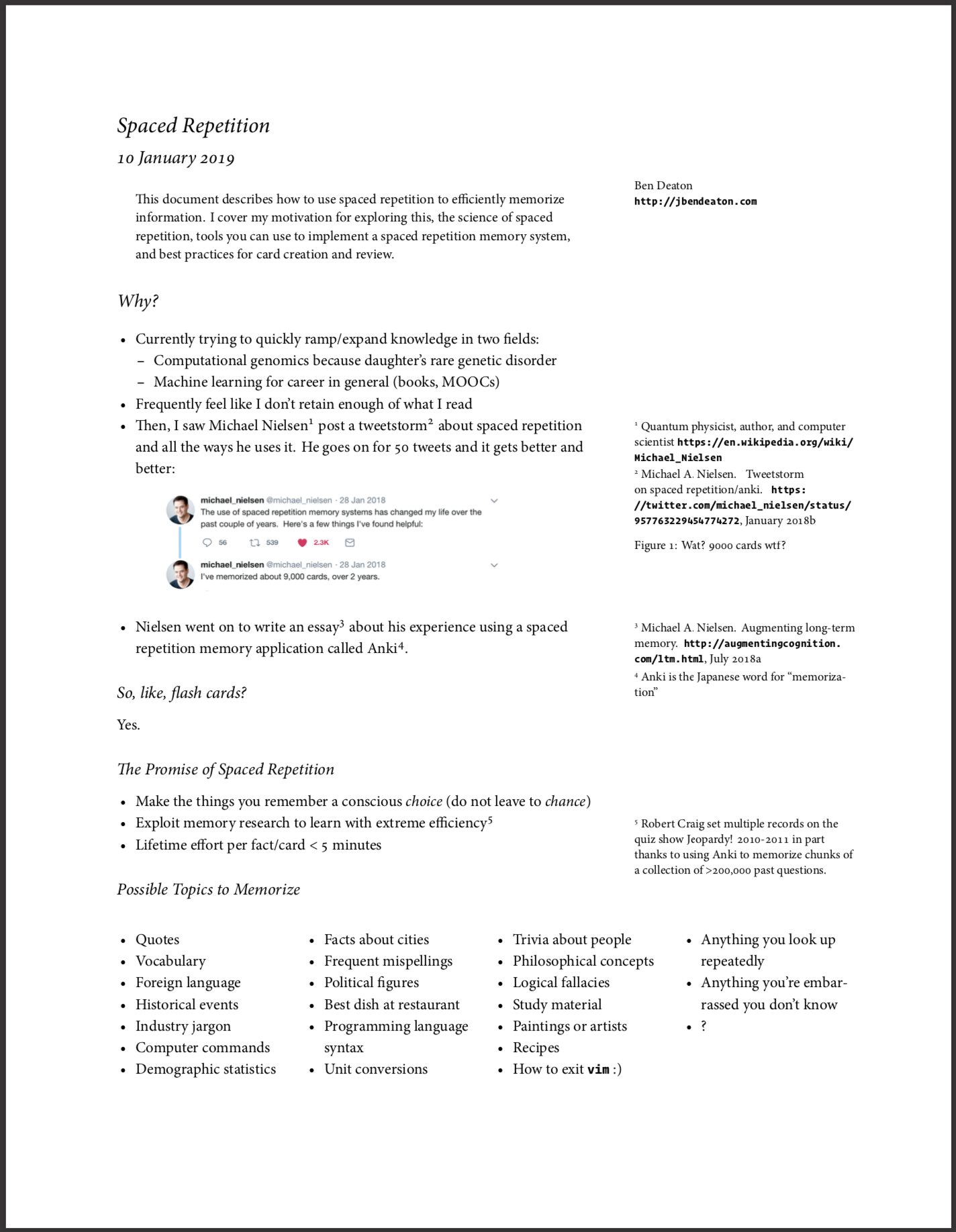 The source is available on Github. Note that I tried to replace a lot of the examples with my own, but likely failed to attribute some ideas which were not my own.

One final note for machine learning people: Chris Albon’s famous Machine Learning Flashcards ship with an Anki-compatible set of images. Although it’s generally best to create your own cards, I have enjoyed using these in the app and highly recommend. They’re worth much more than the $12 price.

Review of the Coursera Machine Learning course by Andrew Ng

I started Andrew Ng’s famous Coursera Machine Learning course in 2015 after deciding to leave engineering and pursue a career in machine learning. I almost finished it, but then I actually got a job doing ML at a startup, life got crazy, and I never completed the final few weeks of the course.

I recently decided to revisit and finish it. Here are some of my thoughts:

I have wrestled with the wisdom of having a Facebook account for years. I’ve deactivated, reactivated, and exported all my data with the intent to permanently delete (multiple times each).

And so it was that in October of 2018, (I can’t remember the final straw but) I decided it was finally time to take the nuclear option and permanently delete my profile on principle.

But life was crazy and I never got around to it.

Then another thing happened on October 25, 2018: After a year of testing and investigation, we received a conclusive rare genetic disorder diagnosis for our youngest daughter M. The pediatric genetics group at Emory University was not very helpful at this point—to be fair, it’s unreasonable to expect any geneticist to know much about a disorder affecting what we would come to find out was less than 100 known individuals.

We were told, in essense: (a) Your daughter has an ultra-rare genetic disorder with fewer than 30 cases described in the medical literature, (b) we have no idea how to estimate the severity of her case and long-term prognosis, (c) come back in two years and we’ll review the literature for you to see if there’s anything new, and (d) there’s a family Facebook group you should join that might be helpful. Good luck!

It turned out that the private PPP2R5D Families Facebook group is the central gathering point for all families worldwide who are affected by our daughter’s disorder. As soon as we saw the banner image on this Facebook page, we immediately recognized the characteristic shape of our daughter’s head in the collage of children’s photos and knew we had found our tribe.

We immediately requested to join and within hours were met with the following post in the group:

Family number 71! Our daughter M was the 71st known case in the whole world. Gina and I: 😭😭

It would be hard to put into words what this message meant to us. We had been on a 1.5-year journey at that point trying to figure out what was going on with our daughter. While our family and friends were incredibly supportive, nobody we knew got it. We didn’t know anyone who had navigated the world of #raredisease at that point. Lots of people we knew were empathetic, but almost no one we knew could actually relate.

Within 24 hours, the following things happened via this Facebook group:

The understanding between people in this group is unlike anything I have ever experienced. Every day someone will describe an experience or ask a question (what has worked for you for xyz symptom?) and be met with a chorus of “me too” or “here’s what worked for us” from some of the only people in the world who truly know.

Another thing that is truly incredible about this group is that not only do the families come from all over the world, but they speak different languages. The Facebook “Translate this” tool allows for reasonably seamless conversation across language barriers, even about complex medical questions.

This group of now-101 families has been a lifeline for us. As soon as we had joined this group and all the love and support started flowing in, my wife and I looked at each other and were like: Yeah, we’re not deleting Facebook.

Facebook has also allowed for some interesting effects which we didn’t anticipate at first. After we learned about the research being conducted for PPP2R5D/Jordan’s Syndrome, we knew that we wanted to do everything we could to raise money for this nonprofit and help find a cure that would help our daughter and all other current and future children affected by this disorder.

We quickly picked up on a common tactic many families used to raise money: holding a Facebook fundraiser on the child’s birthday. M’s second birthday was approaching, and my wife Gina suggested we go for it.

This was our first foray into medical fundraising.

Gina set up the fundraiser and did an incredible job telling M’s story. She set it up with an initial goal of $2000, but we met that goal within 24 hours. So we increased the goal to $4000. Then we reached that goal and increased it again.

Eventually the fundraiser reached over $6000 between Facebook and direct donations to Jordan’s Guardian Angels (not captured in the image below):

Here are some things about this that surprised us:

Facebook facilitated something here that I don’t think we could have executed otherwise.

Yes. It’s not lost on me that I have a million concerns about Facebook and then choose to participate in a group centered around the minutiae of specific genetic details pertaining to my daughter. Facebook knows the precise letters that are modified in her genome vs. the wild type human.

It is simply the price I have to pay to for access to the best information that can help her.

I’ve wracked my brain to think what an alternative gathering point would be.

What other tool meets the following criteria:

An email list is basically the only possible alternative I can think of, and its problems seem numerous and self-evident in comparison to what Facebook enables on this front.

We could still use Facebook except with (semi-)anonymous profiles? That solves the private family group problem but not the global advocacy and fundraising aspects.

Rare disease parents don’t have time to add another tool to their arsenal or website to check. The gathering point tool has to be totally seamless or else it won’t be used.

Look, I want to hate Facebook as much as the next person but what else could accomplish everything above?

I don’t have the “luxury of opting out”, as Vicki Boykis put it recently.

What can you do?

I would appreciate it from the bottom of my heart if you would consider the following:

Last weekend, I attended the 2019 Southern Data Science Conference (SDSC) in Atlanta. I learned a lot and met a lot of interesting people. Here are some of my takeaways. 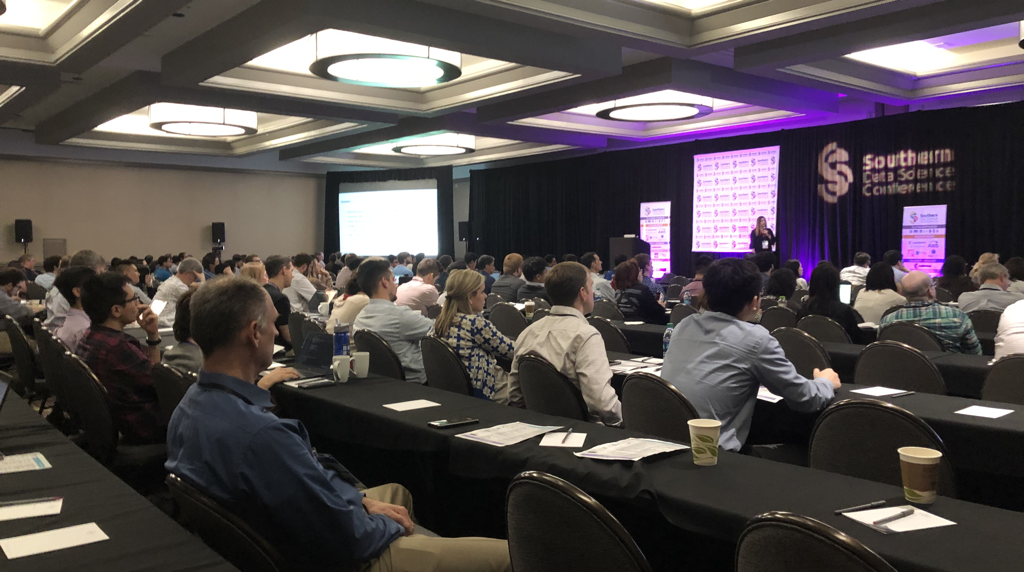 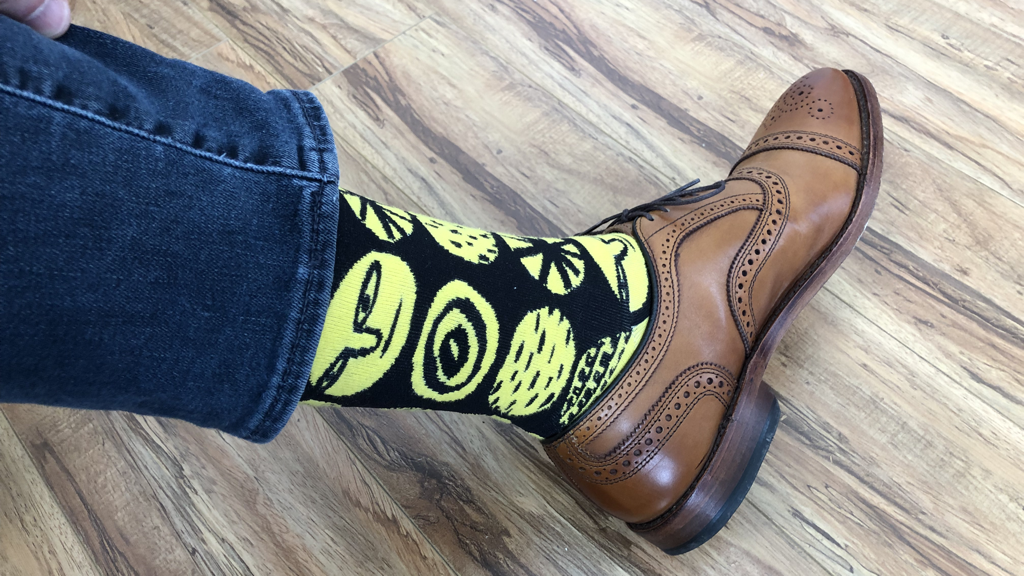 All in all, it was a great several days. Will be there next year for sure.

I recently resurrected this blog from the ether and thought I might share a bit of a personal update on what I’ve been up to since I stopped posting regularly five years ago.